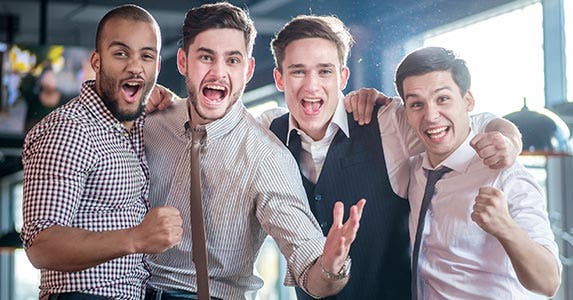 5 Mind-Boggling Stories You Should Know

If you are fond of watching survival themed movies, well youve come in the right article since you will get to be introduced to five interesting survival stories that took place in real life.

The first story goes when five American soldiers volunteered to stand below an exploding nuclear missile on July 19, 1957. They agreed to do it for a science experiment. The test was for a 2KT (kiloton) MB-1 nuclear air-to-air rocket launched from an F-89 Scorpion interceptor. Thankfully, all five of them survived. You can read more here for additional information.

The next story is of a six-year-old Chinese boy named Ming Ming. Ming Ming had awakened from his nap and couldnt find his grandfather so he decided to look for him in the 8th-floor window. He lost his balance and almost fell from the high building. What do you think saved Ming Ming? If you guessed his ears saved him well you are correct, they got stuck in between the iron grates which prevented his death. He screamed so hard that passers-by below were able to notice him and call for help. The rescuers used a hydraulic pressure expander to force the bars apart and pulled Ming Ming back into his family’s flat. You can read more here for an in-depth knowledge.

On May 26, 2013, tugboat cook Harrison Okene survived being buried alive 100 feet below the ocean surface with just a tiny pocket of air. The tugboat he was riding was claimed to have been capsized when he was on his way to the restroom. He get stuck inside the restroom for 60 hours and had no food, water, or light and just listened to the sounds of ocean creatures scavenging through the ship on his dead crewmates. Read more here for additional information.

The next story may sound surreal but happened in real life. A plane headed for Congo had 18 passengers and two pilots on June 2014. But no one had a clue that a three-foot-long crocodile was smuggled on the plane. When the crocodile escaped, it frightened a cabin crew member making her run forward, with the other passengers following. Because of the weight shift, the plane stalled and plummeted to the ground. Only one passenger was able to come out of it alive and retell the story. You can read more here for additional information.

Our last story is about two good friends Joe Simpson and Simon Yates who climbed the Siula Grande in June 1985. Since they only brought a few food and camping gears, they had to wholly rely on their partner. On their way down, Simpson fell and broke his right leg and heel. Yates helped Simpson by lowering him down the mountain using ropes in stages. A few lowerings passed when Yates suddenly felt more weight on the rope and faced with an unseen cliff edge. Yates had to make a choice whether to die alongside his friend or survive by himself. He quickly chose the latter and expected for Simpson to be dead. Surprisingly, Simpson survived the 50 feet fall into the mountain crevasse Now, they are able to share their story through documentaries. You can read more here for additional information.